Linkedin is, without any doubts, the ultimate professional network. It is the right site to connect with people from a same sector, and it is a key element for businessmen as well as for job seekers. Yet, nowadays we can say that Linkedin is also an important network where major brands share content.

Big companies, either B2B or B2C, have managed to take advantage of the popularity of this social network and  they are now using it to aim at more people, broadcasting relevant pieces of information. Yet, do you know that you can also be a part of it?

Take notes and find out a little bit more about the top four of the best tech companies on Linkedin with a fantastic promotion.

HP is the leader of followers

HP is the first tech company to get a million followers on Linkedin. However, here one million means much more than just a number. Here, this million represents an entire and well-structured community that has mutual interests linked to the company and with who HP can interact in real time. A dream for the marketing and sales departments back in 1939, when the company was built.

The CEO of HP, Meg Whitman, has become an influencer. He also publishes posts in which she tells her own opinion about his vote decision for next presidential election in the United States of America. The title of his last post was: who I am voting for and why.

On Linkedin, HP is a genius: the company creates content, analyses big data and design simple graphics to communicate. In 2012, IBM headed the rankings of Linkedin with 1.8 million interactions, according to Zoomsphere. Since then, it has not stopped increasing. Indeed, more than 2,5 million people have subscribed to the company’s updates. What is its secret? The technology giant shares a good mix of news and stories on the network, in addition to a good valuable and useful content.

Moreover, IBM works hard for its brand promotion of several online assets as well as publishes many messages on the social network Tumblr. IBM also leads campaigns with hashtag that are broadcast all over many social platforms.

Besides, IBM publishes insights of the company, work spaces… Here is an example on Facebook.

Evernote knows how to optimize its posts

The Evernote blog  evernote.com is not only very complete, but also the community managers know how to spread to the maximum each post, making the best of it.

Everytime that Evernote posts something on its blog, it is uploaded on a file called Latest. So, these posts appear on its LinkedIn profile, in Recent Updates. This way, LinkedIn users can easily keep up with the company’s news.

It may seem to have little importance, yet this is why Evernote turned into the winner of the prize “Best LinkedIn Company Page”, in 2014.

Mashable is an Online Media company: that is to say a news blog the headquarters of which are in New York.

Its posts on LinkedIn are original and generate much engagement. Its secret probably lies in the way the author speaks.

It is a company that sells information, yet, on this social network they do not share last minute news but they focus on business, productivity and advising. The content remains serious despite the fact that it is told in a pleasant, curious and entertaining way. An example of this can be this post called If 'House of Cards' Characters Used LinkedIn.

The content is obviously a key factor to succeed on LinkedIn. However, to create good material, you need to understand those other three factors clearly:

Who are you talking to? Do you want to foster your customers’ loyalty or do you want to reach new ones? You have to identify who your posts are aiming at, before you start writing.

When was the last time your company’s page has been updated? Encourage your employees and make them participate by organizing a calendar. The thing that matters is to publish on a regular basis.

Is your content boosting people’s involvement? Your posts should generate affinity and empathy. Try to be direct, nice, humble…  Make the most of all your qualities, but do not forget that the most important is to offer relevant content.

Linkedin can be very useful for you. Check this article that will help you reach your clients 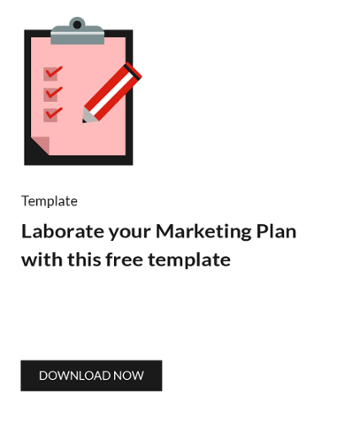 The use of LinkedIn to attract new customers

There is no doubt: LinkedIn is the best professional social network. Do you want to know how to use ...