YouTube has become an extremely powerful tool, is the largest site of video sharing on the Internet and one of the...

Ends the year and a lot of companies are exposing their statistics. Youtube has published a recent study that shows the most viewed travel videos during these 12 months.

Four of the ten refer to airlines or aviation-related companies, three of them to hotels, and the other three to various companies. All of them received nearly 170 million views on YouTube. The number one on the list was made with almost half of them what is very surprising. Nothing less than 88 visits, an impressive amount. Don’t you think so?

In our opinion, it's no wonder. It is a stylish video, creative, with an excellent quality and an attractive music -from Glass Candy-. If you surf around youtube, surely you've seen it because it is part of a powerful campaign. It lasts 45 seconds and invites you to fly in a world full of magic. Do you want to know what it is? (Sound of drums ... ... Chan !!!) Air France Airlines

The second position is for Hotel Legoland in Florida, with 16.7 million visitors. It is a video that has become viral because it responds to the experiences of a family along their journey, with a daily and domestic humor. The recording is homemade (by the father) and the duration is 24 minutes.

In third place, there is a Boing video about an air show performed by one of his Vietnam Airlines plane.

Delta Airlines ranks fourth with a fun and entertaining video on safety in flight. It lasts just over 6 minutes and received over 9 million hits.

Turkish Airlines is the airline protagonist of a classic but very tender spot that reaches the heart, and has obtained the fifth place in the ranking. It lasts a minute and children are the real stars. Widen your world is the slogan chosen.

Marriot Hotel has managed, with two different videos, sixth and eighth position. "The power to travel is in your hands", in sixth place, shows the advantages of the online world and the app of the hotel chain.

"French Kiss Official Film" is a real film production, with actors and a love story with an ending. Plan for 25 minutes and make popcorn.

Airbnb, vacation rental company, it has been placed in seventh.

Google Maps, with a beautiful video set in Nepal and reproducing the life of the Sherpas, is located on the ninth.

In the latest position, but quite close to the one above in number of visits -with 5 million and something- Disney Parks with Inside Out, the pixar production.

YouTube has become an extremely powerful tool. Do not forget that is the largest site of video sharing on the Internet and one of the largest search engine video worldwide. With a simple but conscientiously made video, your brand can reach hundreds of millions of potential customers. It is also a platform that lets you interact with your customers, answer their questions, comments ... It's a great way to promote the business. If you have not done it yet, do not wait.[:] 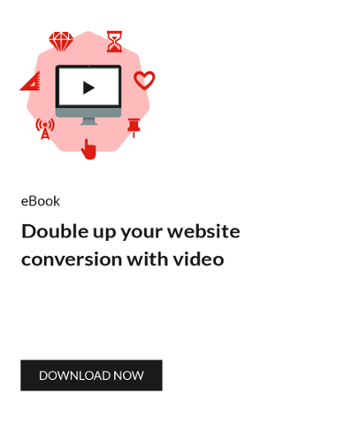 Get to know the trends in video marketing related to the world of tourism and get inspired to be on ...